Akagera National Park is located in the north east of Rwanda along the border with Tanzania. Although founded in 1934, much of the park was re-allocated as farms and in 1997 the park was reduced in size from more than 2,500 sq km (nearly 10% of the surface area of Rwanda) to its current extent of 1,122 sq km. Since 2010, a joint venture with African Parks has seen Akagera return to its former glories.

It is named after the Akagera River that flows along its eastern boundary and feeds into a labyrinth of lakes of which the largest is Lake Ihema. The forest fringed lakes, papyrus swamps, savannah plains and rolling highlands combine to make Akagera amongst the most scenic of reserves anywhere in Africa. It has exceptional levels of biodiversity and forms the largest protected wetland in central Africa.

Akagera combines well with Nyungwe and the Volcanoes NP to offer a great safari element as it is home to many large plains game species as well as species restricted to the papyrus swamps such as the Sitatunga and the sought-after Shoebill Stork. Notable plains game include elephant, buffalo, topi, zebra, waterbuck, roan antelope and eland.
Of the larger predatorsleopard, hyena,  side-striped jackal and lion, which was re-introduced last year arepresent.

Birding safaris are popular amongst regular visitors and the immense variety and abundance of species will not fail to impress. From the vast concentrations of waterfowl to the myriad of savanna species, there is never a dull moment, with more than 500 species recorded in Akagera. Serious birders can seek out several endemic species as well as rare gems such as the near threatened papyrus gonolek (Laniarius mufumbiri), which is restricted to papyrus swamps, the localised red-faced barbet (Lybius bidentatus) and the sought after swamp flycatcher (Muscicapa boehmi).

The game drive here are like opening a present and each game drive holds a full new surprise as nature reveals its treasures in form of wonders that are so scenic, the wildlife like buffalos, antelopes including; the elands, topis, Maasai girafffes, monkeys, savannah birds, civets, leopards, the hyenas, as well as the serval cats. The game drives also mean that you will be accompanied by the guide who is so knowledgeable about the flora and the fauna that is found in the park.

As you are carrying out the game drives, one should remain in the vehicle unless the park guides see that it’s safe for you to get out taking a look. For the longer game drives, you are advised to take a snack or lunch and a lot of drinking water.

About the Nocturnal, the night game drives are so thrilling since you adventure out with a spot light to view the wildlife creatures of the night that are found in Akagera National Park. This night game drive through the park is different from that of during the day since at night, there is a big opportunity to view the predators on the prowl as they look for dinner. You will also see a few leopards, lions, civets, serval cats, the hyenas, birds as well as the bush babies with their large eyes. This nocturnal drive is also about 2 hours and will surely give you a different perspective altogether.

This park is one of the places that is not to be missed by any birder along with the great Nyungwe forest national park. It harbors 520 species of birds which are found in this national park. The birders who visit Akagera National Park are always impressed by what they find mostly the many bird species that range from water to forest and also savannah as well as the migratory bird species and many of these are endemic to the park and are so rare like the papyrus gonolex which is found in the papyrus swamps. There are also the localized red faced barbets, and the swamp fly catcher as well as the elusive shoebill stork all found in Akagera National park

This would be one of the extra ordinary activity to be carried out along the shores of Lake Shakani, you will hear the snorts of the hippos as well as the dry of the water birds plus the sounds of the fish in the water. Fishing in Akagera will give you an added chance of being in an African wild with the wildlife in the distance plus the hippos and the water birds. You might also visit Akagera national park as a fishing tournament is going on that might put you in a company of fellow anglers. The good news about fishing in this national park is that you get to keep what you fish and in case you feel like cooking it, you might start a fire and get it ready to be roasted in time for lunch.

Boat safaris are normally the main highlight of any visit with in east Africa and it’s with the boat safari that you will be able to adventure Lake Ihema in Akagera National Park. Lake Ihema has got one of the largest concentrations of hippos in East Africa and it’s also a sight to behold and there are also many crocodiles that you will find along the shores of the lake. There are also many water birds that can be seen on a boating safari on Lake Ihema and you might also spot a shoe bill stork. The other many animals like the elephants can find their way to the water to bathe and you will get the opportunity of getting closer to them than you would be in the vehicle on any game drive.

Surrounded by cultivated hills, that are so much a part of Rwanda scenery, the scenery of Akagera national Park is quite simply beautiful. The landscape is low, composed of wide plains dominated by grass, cactus-like Euphorbia candelabra shrub and both thick and thin forests although it does carry on with the general rugged terrain that is so characteristic of Rwanda.

The main entry point into Rwanda is Kigali international airport. The airport is open to various international; flights such as SN Brussels, Ethiopian airlines, Kenya Airways,Air Burundi and of course the RwandAir express. The airport is about 10 km out Kigali and it is where your journey to Kagera starts.

Most favored and used means of transport to the park is by car. For the most part the road is quite good. There might be a few bumpy spots along the way, but that shouldn’t stop you from making the trip. The last 28km of the 110km from Kigali are mostly dirt roads, and so are all the roads inside the park. 4X4 safari vehicles are recommended especially if you are traveling during the rainy season.

Good accommodation is part of what makes a safari enjoyable and memorable, so for a visit to Akagera national park you need to stay at a place that is both comfortable and well within your budget.

Here are some of the places you can stay at in the Akagera area.

Designed and built by the Akagera management company, Ruzizi tented lodge was opened in 2013 and has since then been offering good accommodation for tourists in Rwanda. It is a 20-bed tented Eco-camp linked together using boardwalks, and is the first of its kind in Rwanda. It is located on the shores of Lake Ihema and has some very impressive African style decor.

It was creatively designed to blend in with the surrounding environment giving it a very natural habitat feel. It is quite small, accommodating a maximum of 20 guests, but it so worth the trouble to book accommodation here. The peace and quiet create the perfect atmosphere to commune with nature.

The lodge offers you the opportunity to explore less visited parts of Akagera national park in addition to the game drives and nature walks. 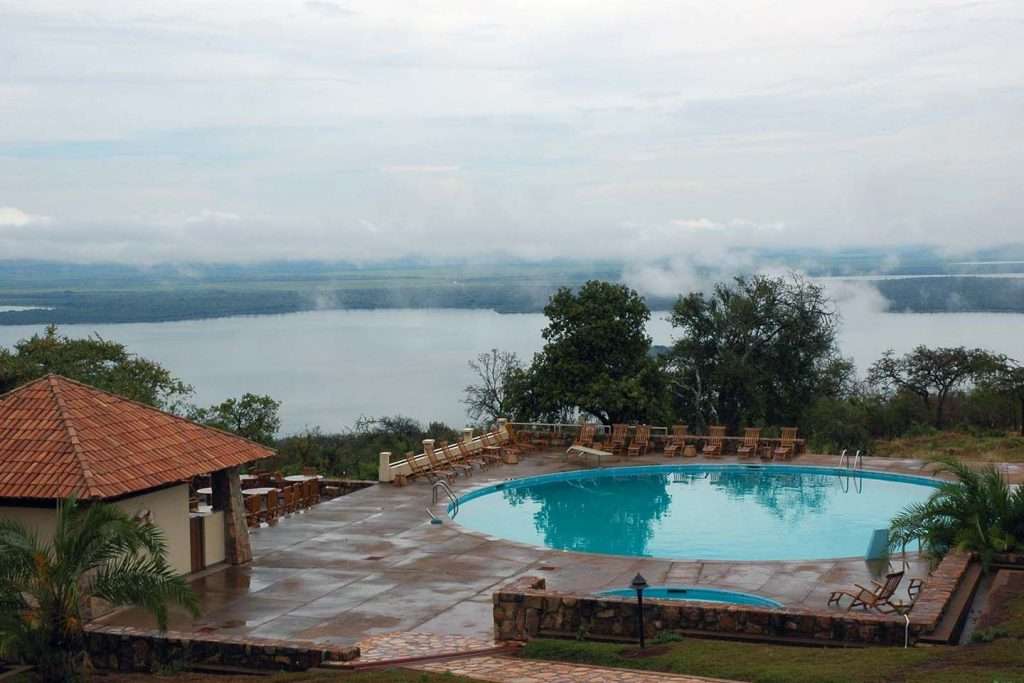 The lodge has nine tents, each fully furnished with a private bathroom as well.

Normal board basis is full board inclusive of breakfast lunch and dinner.

The lodge has constant power supply so you need not worry about sudden power cuts or shortages. Security is good, although there is some minimal possibility of encounters with wild animals.

It is recommended that you get your malaria shots before your safari.

For a long time, Akagera game lodge was the only accommodation in the Akagera park area, and at the time it wasn’t even that nice, other lodges however have come up in the recent years, and this lodge has improved its facilities over the years. It are now two the only accommodation option s within the park. From the lodge you can enjoy some pretty amazing views of Lake Ihema.

The lodge offers comfortable accommodation with a simple but tastefully furnished rooms, restaurant, swimming pool, curio bar, tennis court and a few other life comforts. Usual board basis is full board, with breakfast, lunch and dinner. There is constant power supply, access to wifi and television for those who cannot live without communication channels.

How much does a Gorilla permit cost?

The prices of Gorilla permits in Uganda are fixed at 600 USD for both the high and low season. In the past the price would be lowered in the off peak seasons of February, March and April to 450 USD but due to increased demand for the permits it’s no longer the case.

The increase in demand for the Uganda Gorilla permits is primarily due to the fact that the Gorilla permit in Rwanda was increased from 750 USD to 1500 USD per permit effective 6th May 2017. That’s a 100 percent increment in the price of the permit. 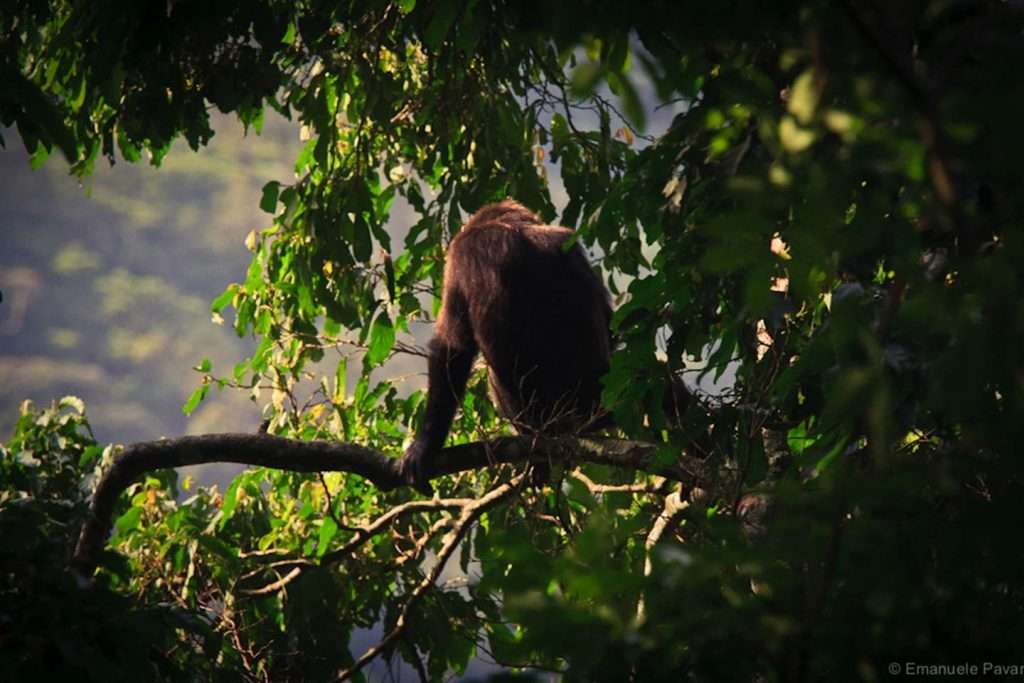 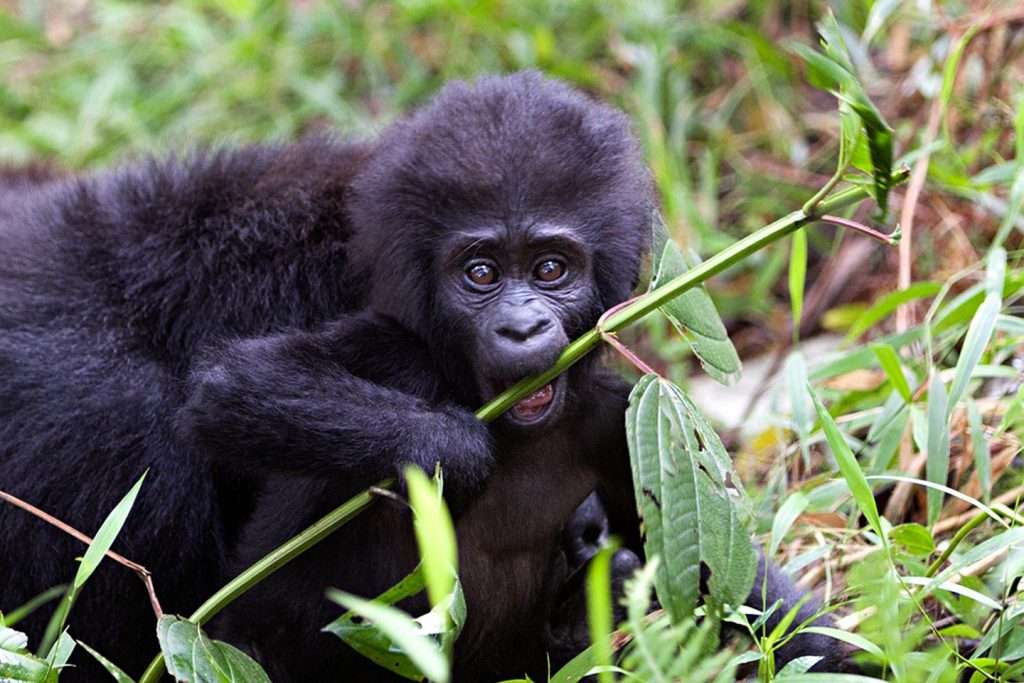 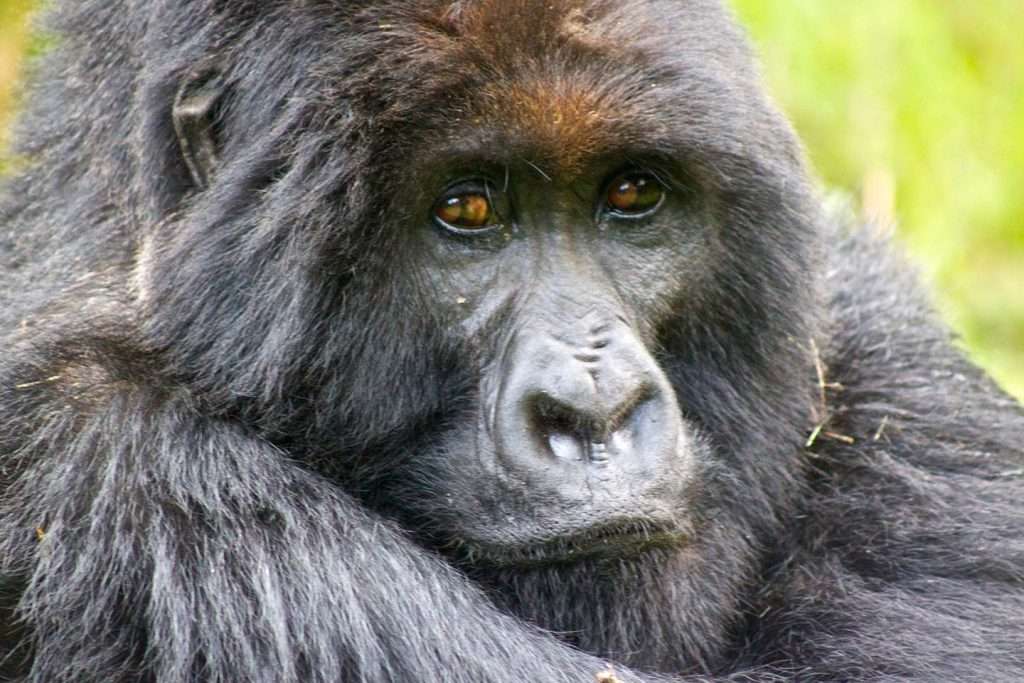 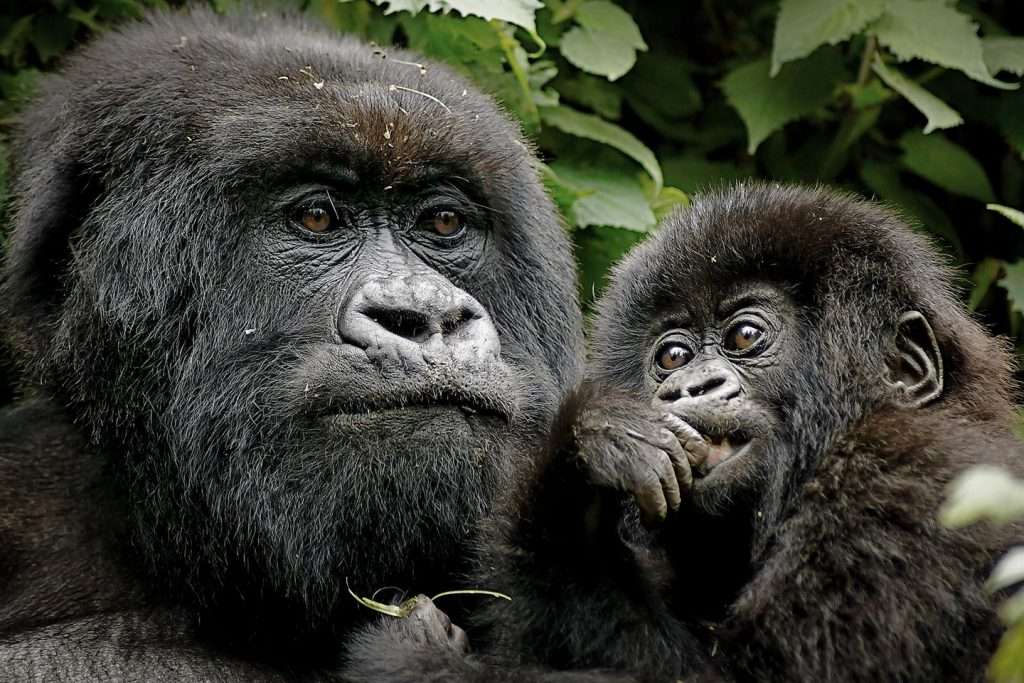 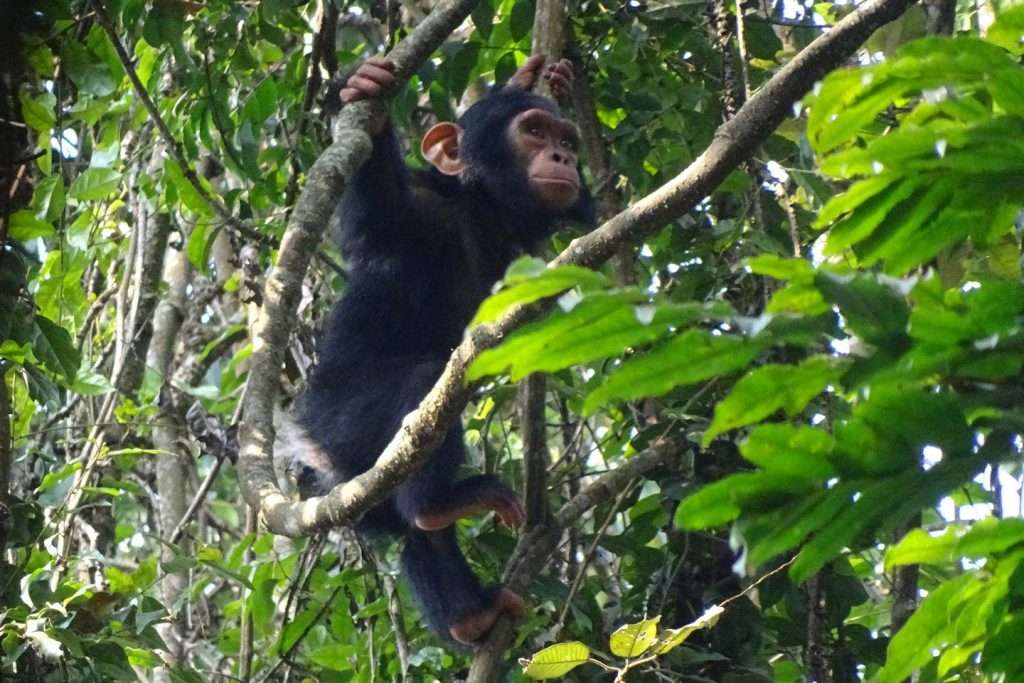 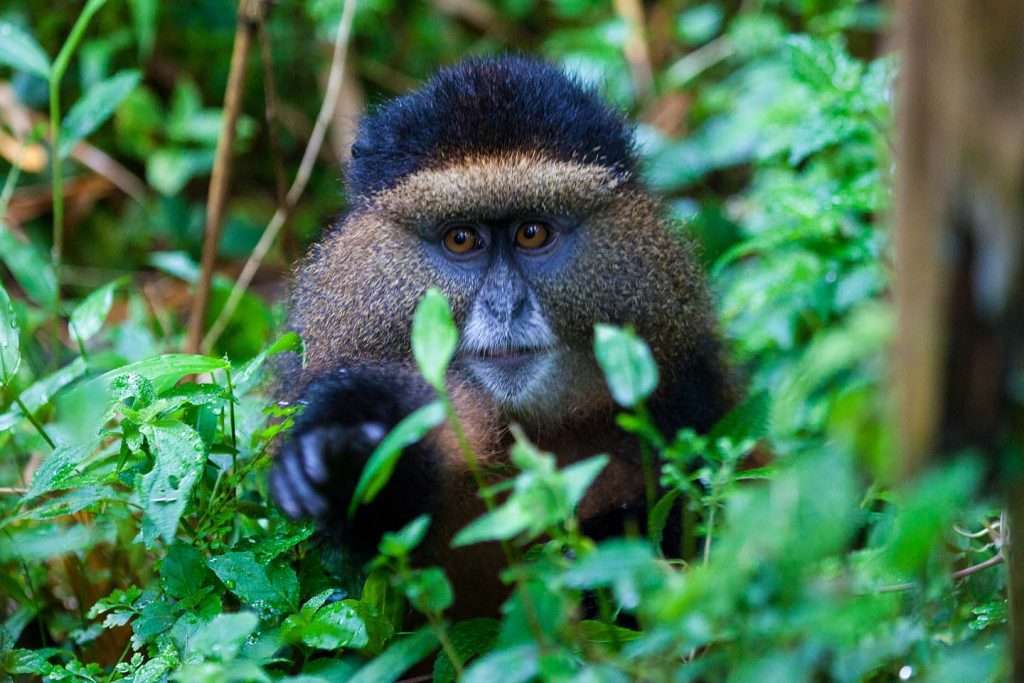 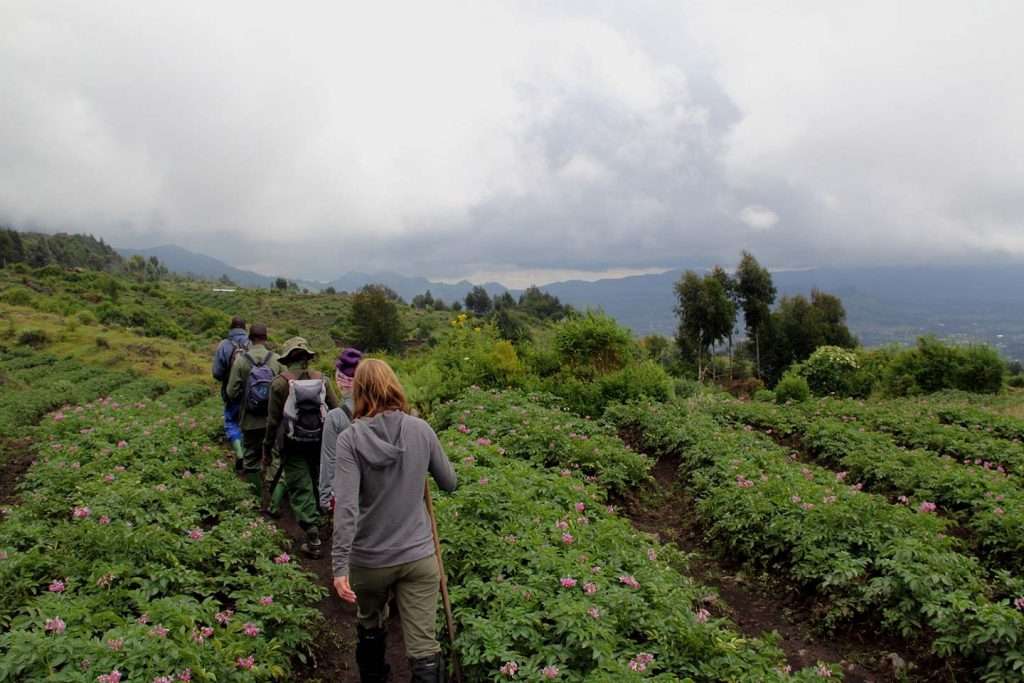 View Trip
GET A QUOTE NOW!